In AD 207 Septimius Severus was bored in Rome, casting about his vast Empire to find one final military campaign to cement his reputation as one of the greatest warrior emperors. He found one when a letter arrived from the British governor Senecio saying his province was in danger of being overrun. Soon, in AD 208 Severus and the entire Imperial court were on their way to Britannia, where he set up his headquarters in York.

From here he ruled the Empire for the next three years. Then, in AD 209 and AD 210 he launched two enormous campaigns into the far north along Dere Street, featuring at least 50,000 legionaries and auxilia, plus the 7,000 sailors and marines of the Classis Britannica regional fleet who tracked his force along the east coast and down the local rivers systems. His targets were the Maeatae confederation either side of the by then abandoned Antonine Wall, and Caledonian confederation to their north. Both campaigns were sanguinous in the extreme, with the emperor himself ordering a genocide in the second invasion. Ultimately however he failed, dying in a freezing British February in AD 211.

In this online lecture Dr Simon Elliott, one of the world’s leading experts on the Severan campaigns in modern Scotland, fully details all aspects of the invasions, including a brief biography of the emperor himself and his family, and analysis of the Roman military at the beginning of the 3rd century AD. 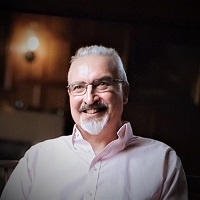 Dr Simon Elliott is an award winning and best selling archaeologist, historian and broadcaster. He is an Honorary Research fellow at the University of Kent, Trustee of the Council for British archaeology, President of the Society of Ancients, an Ambassador for Museum of London Archaeology and a Guide Lecturer for Andante Travels. Dr Elliott has published numerous books on themes related to the ancient world.