Italy has always been described as a land of poets and poetry. Nevertheless, narrative and storytelling lived a long period of splendour throughout the 19th century, the age called by historians the ‘Risorgimento’, almost to the point of competing, if not prevailing, over poetry. The ‘Ottocento’ is the century that saw Italy become a nation. It also saw its most creative artists fighting for it: at first with actual weapons, then with brushes and chisels. First making history, then narrating it as it unfurled, experimenting new visual languages, and discussing over them in newspapers and magazines. During the ‘Risorgimento’, art had the ambition of shaping the image of the newly born nation – its heroes and victories, but also its losses and broken dreams. This lecture is dedicated to the visual history of the Italian unification, as seen through the eyes of those who participated in shaping it.

Lasting 60 minutes plus a live Q&A session, our spotlight lecture offer a focussed study of aspects found in art, history and literature while combining our exclusive filming, advanced visual aids and the enthusiastic expertise of our lecturers. 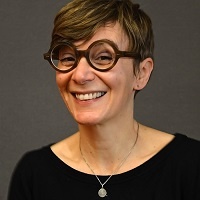