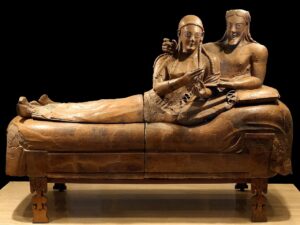 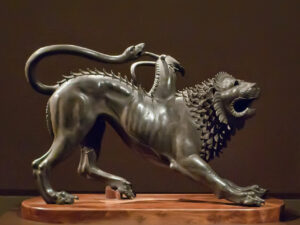 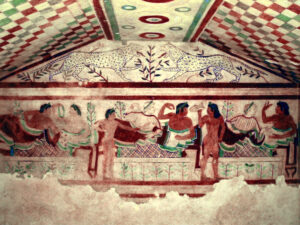 Book the full series to receive 10% off all three lectures.

Etruscans can rightly be called the First Lords of Italy as they ruled over much of the peninsula at the height of their power, in the 7th and 6th centuries BC. With their strange language and opulent artefacts, they have exerted a fascination over people since antiquity. Part of that appeal lies in the fact that, while Etruscans were so dominant for centuries, they were ultimately vanquished by a Rome which was so indebted to them. Yet again, what makes them so fascinating is that the Etruscans remain elusive. The word Etruscan itself derives from the name given to them by Romans, while they called themselves the Rasna. Many, since Herodotus, have speculated about their being immigrants from Lydia. Increasingly, scholars are aware of the enormous contribution Etruscans made to Rome, above all in religion but also in both art and architecture. Some of the most fundamental aspects of Rome, which we have inherited, derived from Etruscans, from words like person to their use of the toga. As influential as they were, Etruscans were ultimately subsumed in the Roman world, and their culture, along with their language, became Romanised.