Byron is one of the literary legends of Venice. He lived in the city for three years, between 1816 and 1819; he arrived in the city already perhaps the most famous writer in Europe and the stories of his scandalous behaviour in Venice only added to his notoriety.

However, the story of these three years is not simply one of carnivalesque excesses; during these years Byron wrote some of his best poetry. It would not be an exaggeration to say that it was in Venice – and, to a certain extent, thanks to Venice – that he became a great poet.

In this lecture we will consider the historical and biographical context of Byron’s Venetian stay and, most importantly, examine some of the works he wrote. In particular, we will look at stanzas from his wonderfully witty narrative poem, Beppo, a tale of Venetian carnival, which was to prove a trial run for Byron’s greatest literary work, the magnificent comic epic, Don Juan 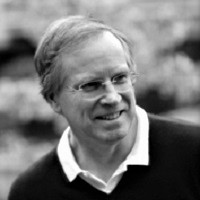