info@prospettivatours.com
1 Item
“A Day in the Life of Roman Soldiers – Saturday 27 November” has been added to your cart.
You can also book all the events in this series as a bundle and save up to 10% 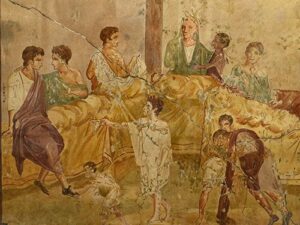 A Day in the Life of Roman Women

A city of extremes, the differences between Roman men and women were marked. Women were unable to carry out business or legal transactions, as they were legally powerless to prevent their husbands from rejecting their babies at birth. That said, elite women were able to inherit from their fathers and were able to keep their wealth as their own, separate from their husbands. Although they were barred from public office, elite Roman women were important in cementing the status of their families, both those they were born into and their husbands’, through their displays of wealth and their comportment. The lives of Roman women were dependent on their status, from the wives and mothers of emperors, to the women of important families, to the vast majority of women who struggled to keep their families in order. While elite women were defined by who they were, ordinary women were often defined by the jobs they did. In both cases, women were able to be more important than legal statutes outlined. 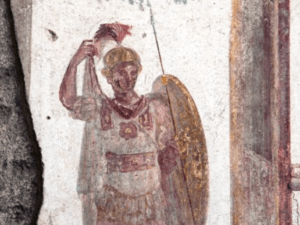