The Confused History of the Title Pontifex Maximus

When Lepidus, the triumvir died in 12 BC, Augustus assumed the title Pontifex Maximus, which would become part of imperial titulature from then on. It was an old priestly office, whose title meaning ‘bridge maker’ remained shadowed in mystery for ancient Romans themselves. Taking on the title of the most important religious office in Rome confirmed to Romans that emperors were traditional and that they were intermediaries between gods and men. In the image below, the young Nero, recognisable by his facial hair and distinctive Julio-Claudian ears, is depicted as a pontifex maximus, whose toga, pulled as it is over his head, emphasises his piety and therefore his justification for rule. 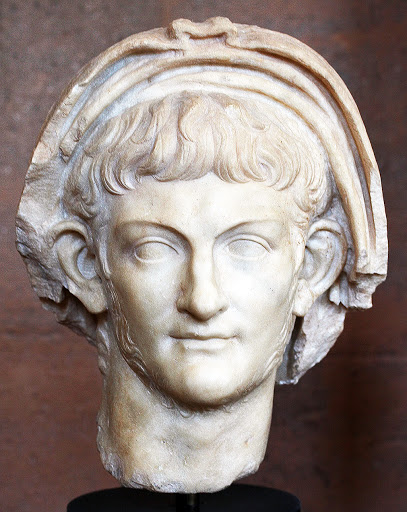 Statue of Nero as Pontifex Maximus

While the title Pontifex Maximus is not officially part of the Pope’s titulature, as it isn’t included in the Annuario Pontificio, it has been used in inscriptions since the renaissance. The adoption of the title Pontifex Maximus by popes, with all of its pagan connotations, emphasises just how long and confusing the history of Rome is. While the 5th century writer Zosimus relates that emperors relinquished the title after the pious Christian emperor Gratian transferred it to the Pope Damasus I, it is now clear that Roman emperors continued to include Pontifex in their imperial titulature after that, though it was altered to Pontifex Inclitus (honourable), to distance the title from paganism. At the same time, bishops in general, not just the Bishop of Rome, used the title Pontifex and even Summus Pontifex, to emphasise their positions as the leaders of the official religion, i.e. Christianity.

Although it has been claimed that Leo the Great and Gregory the Great took the title Pontifex Maximus, there is little evidence for this. It is really only in the 15th century that popes assumed the title, starting with the innovative Pope Nicholas V who popularised it. For Nicholas, the choice to do so was wrapped up in his humanism, or his love of the ancient world, as it was to give the papacy greater prestige at a time when temporal leaders were trying to erode its power. Immersed in a city which had only recently seen the return of popes (with the return of Martin V in 1417) and which was littered with ancient inscriptions which recorded the titles of ancient emperors, Nicholas assumed the title Pontifex Maximus in order to associate popes with antiquity, emphasising the age and legitimacy of the office. By this time, the priestly title no longer had connotations of paganism and there were no emperors vying for the use of the titulature. 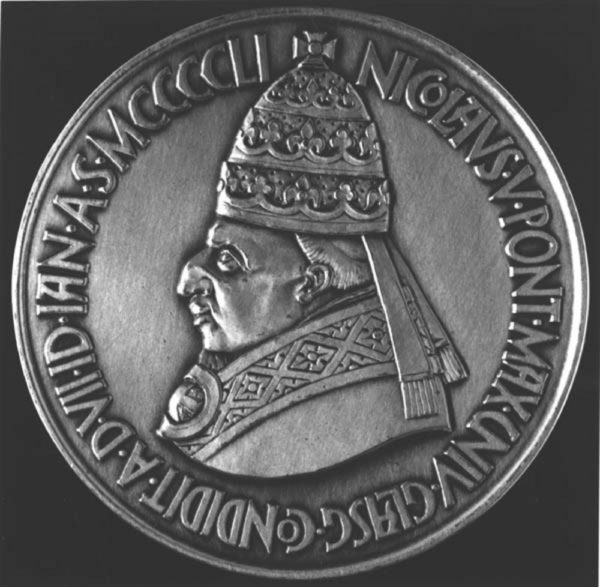 Nicholas V, whose coin here bears the title Pont Max, not only took on ancient Roman nomenclature but also behaved like an emperor, rebuilding Rome in order to make it a worthy capital. He restored the fortifications and streets of the city, as well as the ancient aqueduct, the Aqua Virgo which brought water to a Rome, which had, for a millennium, drawn water only from wells and cisterns. 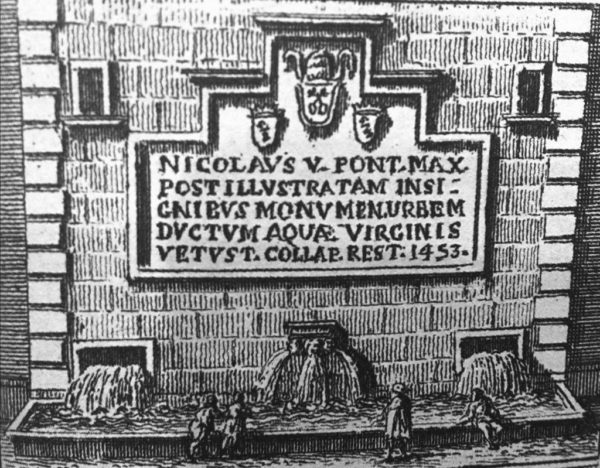 Mirroring Augustus before him, Nicholas restored a number of religious buildings (in his case churches), including Santa Maria in Trastevere, Santo Stefano Rotondo and Santa Prassede, and like emperors, such as Domitian and Nero, he spent a fortune building his residence, replacing the Lateran Palace with the Vatican. What is ironic is that this emperor, who modelled himself along ancient lines, plundered that most famous ancient monument, the Colosseum, carrying away 2,522 cart loads full of stone in order to complete his building projects. In doing so, he unwittingly proclaimed a new Rome both based on its ancient roots and avowedly Christian.