Lesbia, you ask how many kisses of yours
would be enough and more to satisfy me.
As many as the grains of Libyan sand
that lie between hot Jupiter’s oracle,
at Ammon, in resin-producing Cyrene,
and old Battiades sacred tomb:
or as many as the stars, when night is still,
gazing down on secret human desires:
as many of your kisses kissed
are enough, and more, for mad Catullus,
as can’t be counted by spies
nor an evil tongue bewitch us.

While Venice was only very scantily inhabited in the Roman period, other cities in the Veneto prospered to the extent that they produced two of the most famous Roman writers, the history Livy and the poet Catullus.

It was a region which was deemed as conservative as it is today as can be seen by the way in which C. Asinius Pollio accused the Paduan Livy of Patavinitas (Padovan-ness), which has been taken by some as meaning that he is too traditional. This is not something, however, which the Neoteric poet Catullus, famed for his Lesbia poems addressed to his love interest Clodia, can be accused of. 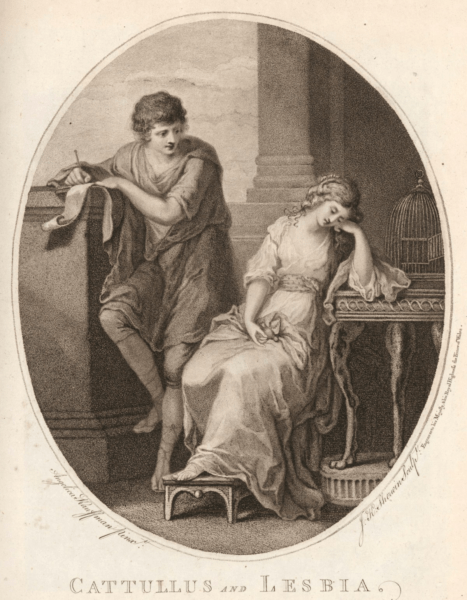 Catullus came from the most populous Veneto city in the Roman period, namely Verona, which may originally have been founded by Euganei, a proto Italian group, or by the Cenomani, a Celtic tribe which Livy describes as having crossed the Alps and settled here, driving out Etruscans. Along with the rest of Cisalpline Gaul (Gaul south of the Alps), Verona was conquered by Rome in the 220s BC and quickly became subsumed into Roman culture.

The city was made important by the fact that it was on the junction between north and south, as well as that connecting east and west. Thus, the city was on the Via Postumia which connected Aquilieia to Genova, as it was on the Via Claudia-Augusta which linked the Po Valley to Rhaetia, in modern southern Germany, via the Brenner pass. Strabo in his Geography refers to Verona as a big city (Book 5.1.6) as does Martial who mentions Verona in conjunction with Catullus on Book 1. 61 of his Epigrams:

Verona loves the verses of her learned Poet [Catullus]; Mantua is blest in her Maro [Virgil]; the territory of Apona [Padova] is renowned for its Livy, its Stella, and not less for its Flaccus. The Nile, whose waters are instead of rain, applauds its Apollodorus; the Pelignians vaunt their Ovid. Eloquent Cordova speaks of its two Senecas and its single and preeminent Lucan.
(Bohn’s Classical Library)

Its continued importance through late antiquity (the Ostrogothic King Theoderic is said to have had a palace in Verona), may have contributed to the city’s name never being corrupted – it has always been called Verona.

The Roman remains in the city are the most important north of Po and are dotted all along the city, including a bath complex which is on the bottom floor of the Benetton store on plush Via Mazzini. There are two 1st century AD Roman gates which survive, including the well preserved Porta Borsari which marks the entrance of the Via Postumia into the city, from whence the road becomes the decumanus maximus leading to the forum, today the Piazza delle Erbe. Across the river via the Roman bridge, Ponte di Pietra, there is also a Roman theatre, built in the 1st century BC, and still in use today. The most notable Roman monument is the Arena, an enormous 1st century AD amphitheatre seating originally 30,000 which is today famous for its staging of operas. One of the largest Roman amphitheatres in existence, the Arena testifies to the wealth of Roman Veneto which was able to produce a monument which will be used in the closing ceremony of the 2026 Winter Olympics. 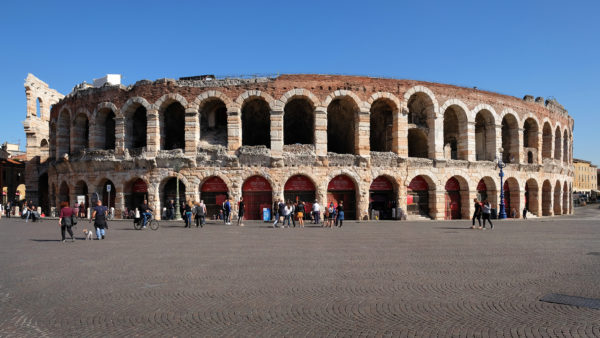