Petronia Justa and Slavery in Herculaneum 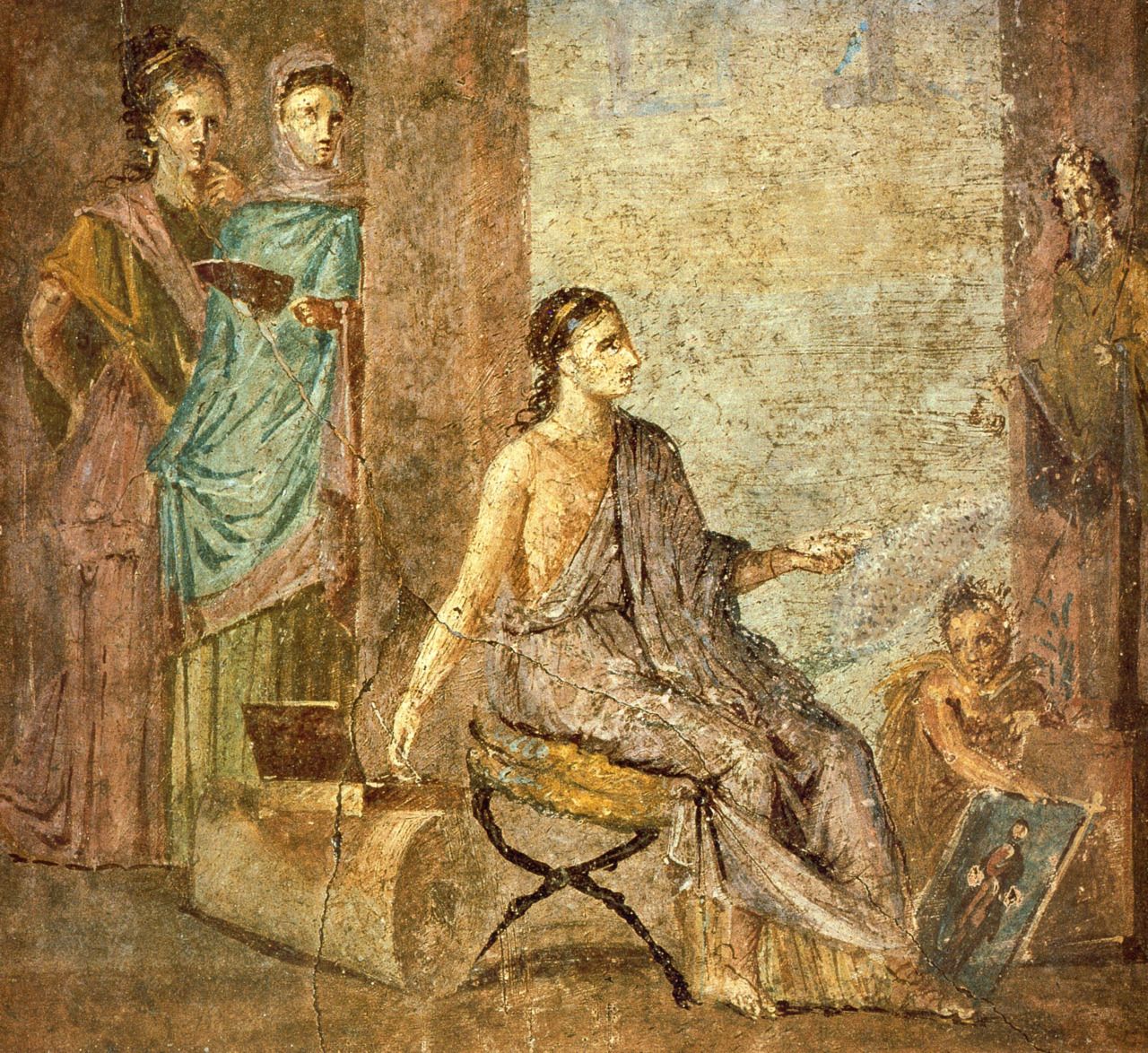 In the excavation of the House of Bicentenary along the Decumanus Maximus in Herculaneum carried out in the 1930s, a collection of eighteen documents was found which gives us a rare glimpse into the lives of slaves in the Roman period. The eighteen wax tablets were part of a lawsuit and comprise the testimonies and names of people who gave witness as to whether a woman called Petronia Justa was an ingenua, a freeborn woman, or not. From two of the tablets, we can date the lawsuit to the AD 70s, though we don’t know when it began and, frustratingly, we don’t how it ended. The fragmentary evidence that we do have, however, provides us with precious insights into the lives of a group of individuals who lived just before the eruption and who may well have been lost their lives in it. 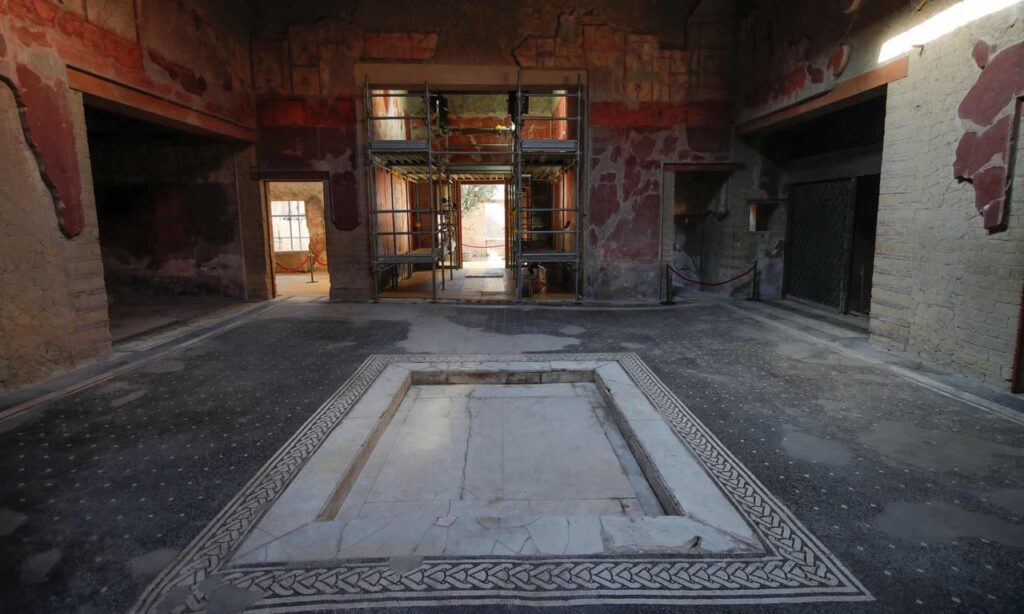 House of the Bicentenary, on the Decumanus Maximus in Herculaneum, where the wax tablets were recovered

From the tablets we can piece together the lives of Petronia Vitalis, the slave of Gaius Petronius Stephanus and his aristocratic wife Calatoria Themis. The tablets indicate that Petronia Vitalis was manumitted and moved away from the Petronius household, though she left her daughter, Petronia Justa behind. It seems that Petronia Justa remained with Calatoria and Petronius for a while, until Teleforus, a freedman who had been Calatoria’s childhood tutor, negotiated Justa’s return to Vitalis. After the death of Vitalis and Petronius had died, it seems that Calatoria had brought a lawsuit against Justa, claiming that she was born before her mother, Vitalis, was freed, making her a slave. Five of the testimonia recorded on the wax tablets swore that Justa was born after her mother’s manumission, making her an ingenua, and two claimed the contrary. Having brought their testimony to a Herculaneum magistrate, who deemed he didn’t have the authority to decide whether Justa were free or not, the case was sent to Rome to be heard, presumably in the Basilica Julia. As is so often the case with antiquity, our evidence is limited and we can’t know if the trial took place in Rome, as we can’t know if Justa and Calatoria survived the eruption. 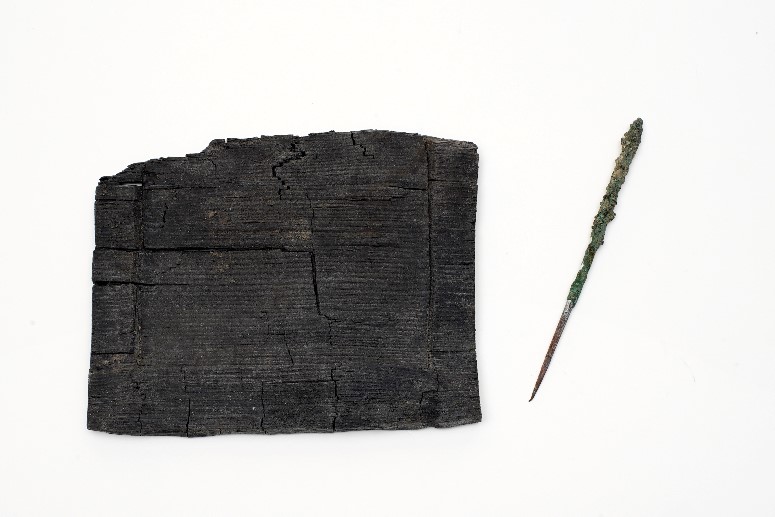 One of the Wax Tablets found in fhe house of the Bicentenary. Photo by Parco Archeologico di Ercolano

The case, however, is central to understanding slavery in a small city like Herculaneum. One of the things we can gather from the case is that freedwomen could become successful. Slaves normally paid for their own manumission and, while it wouldn’t be surprising that freedmen involved in commerce made enough money to pay for their freedom, it is interesting that the same applies to women. Indeed, I would postulate that Calatoria may have brought the case not just to regain Justa as her slave but to claim the wealth which Vitalis had passed on to her daughter.

The Justa case also demonstrates that it was hard to determine a person’s status because there was clearly not an established way of declaring someone’s manumission. We know that slaves who paid for their manumission had to pay a five percent tax, which suggests that there were bureaucratic processes in place. We also know, in the Republican period, that masters declared the manumission of their slaves in front of a magistrate. Clearly, with the passage of time, these procedures subsided, at least in small cities, such that it required the testimony of witnesses to establish Justa’s status. This seems incredible given the importance of the difference between the freed and the enslaved under Roman law.

Woman Painting a statue of Priapus, from a wall painting from the House of the Surgeon, Pompeii. Circa 55-79 AD, fresco. Naples, Museo Archeologico Nazionale.

Another interesting insight to be gained from the case is that manumission didn’t end the relationship between slaves and their erstwhile owners. It seems extraordinary to me that Petronia Vitalis left her daughter, Justa, behind to live with Stephanus and Calatoria and that Justa was said to be loved by them like a daughter. Indeed, it took negotiations to remove Justa from the Petronius household, presumably because of their affection for her. This close relationship between masters with, at least, their household slaves, is partly the reason for which we have a problem in determining the status of Justa. 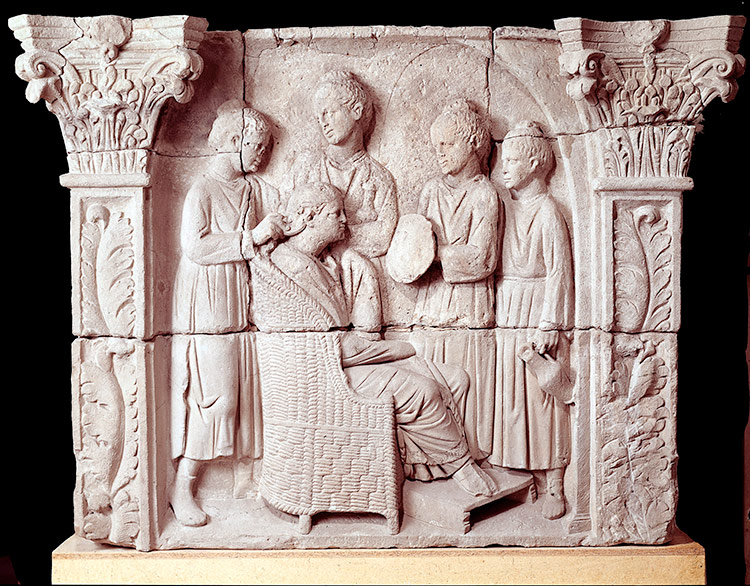 Funerary relief from Neumagen depicting a woman’s hair being dressed by her slaves, circa 220 AD, Rheinisches Landesmuseum Trier, Germany

Walking through the newly opened, extraordinary House of the Bicentenary, it is hard not to think of Petronia and her fate. The scale of the house and its expensive décor emphasises the wealth of the owner, who may well have been Justa. It’s not hard to see how Calatoris, however much affection she had for her, would want to reclaim Justa.