Byron and Shelley in Italy 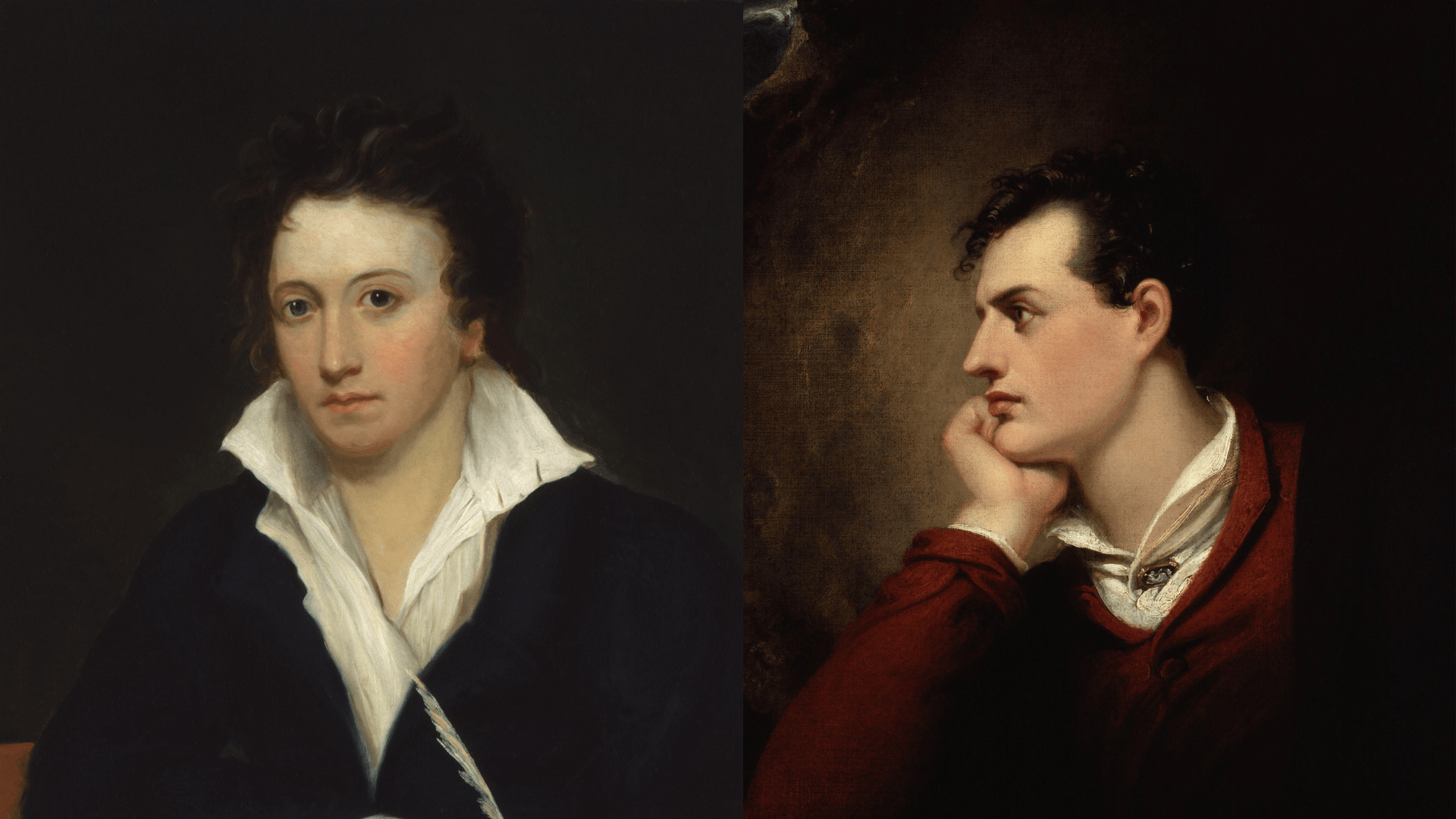 “Italia! oh, Italia! thou who hast
The fatal gift of Beauty …”

It is a curious fact that the three greatest poets of the second phase of the Romantic movement in England were all in Italy at the same time. Lord Byron spent the years from 1816 to 1823 in Italy, before sailing from Genoa to add his support to the Greek War of Independence, dying in Missolonghi in April 1824. Percy Bysshe Shelley was in Italy from March 1818 until his death in a boating accident in the bay of La Spezia in July 1822. John Keats spent the last four and a half months of his short life in Naples and Rome, dying in an apartment at the foot of the Spanish Steps in March 1821 (the apartment is now the Keats-Shelley Museum). 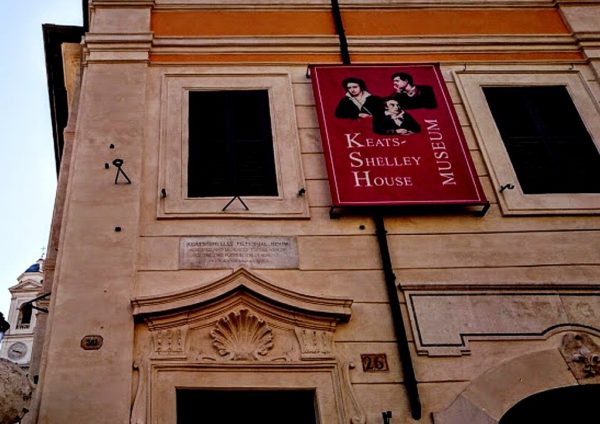 Keats came to Italy as the last hope of a cure for his tuberculosis and was too sick to write any important poetry during these last few months. He is now buried in the same cemetery as Shelley in Rome but had no direct contact with the other two poets during these last few months, even though Shelley, having heard of his illness, had invited him to come and stay with his family in Pisa. After his death Shelley wrote by way of tribute one of the greatest elegies in the English language, Adonais. (Fans of the Rolling Stones may remember that Mick Jagger read stanzas from this poem in the 1969 concert in Hyde Park dedicated to Brian Jones.) When Shelley’s drowned body was washed up on the shore near Viareggio it was identified among other things by the discovery of an edition of Keats’s poetry in his jacket pocket. But the last time the two poets had actually met in person was in London in February 1818. 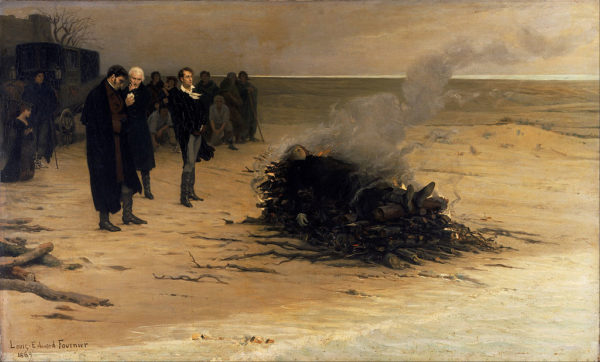 The lives of Byron and Shelley, by contrast, are closely intertwined and their friendship is one of the most important literary relationships of all time. What makes this relationship so fascinating is the fact that they were such very different characters. The difference is not just in obvious matters like the idealistic optimism of the one (Shelley) versus the fatalistic pessimism of the other (Byron), one’s love of digression and the other’s instinct for single-minded focus; there are also questions of daily habit, like Byron’s nocturnal tendencies and Shelley’s early rising, or such facts as Byron’s love of swimming and Shelley’s inability to do so. The surprise really is that the relationship was so long-lasting and so fruitful.

The fruits are clear enough. There are the themes that they explored together, such as the myth of Prometheus (also, of course, taken up by Mary Shelley in Frankenstein) and the imprisonment of the poet Tasso. There are their explorations of certain poetic forms, some of them taken from Italian literature, such as terza rima and ottava rima. There is the shared interest in such authors as Aeschylus, Dante, Ariosto, Milton and Rousseau. And it is clear from their correspondence and from the works themselves that their encounters directly stimulated some of their greatest poetry, such as Byron’s Don Juan and Shelley’s conversation poem, Julian and Maddalo, both begun immediately after their second important encounter in Venice in 1818 and both drawing inspiration from their conversations. 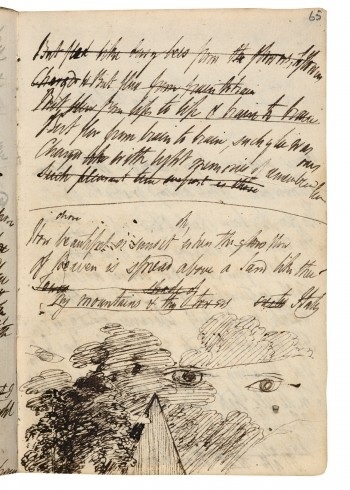 1819 draft of Julian and Maddalo: A Conversation. Bodleian Library.

The connections between the two poets were not only literary. There were complicated family ties between them both as well. Shelley’s wife, Mary, had a step-sister, Claire Clairmont, who, in the spring of 1816, had a brief affair with Byron, shortly before his departure for mainland Europe, which resulted in the birth of a daughter, Allegra. It was Claire’s agonised decision that her illegitimate daughter had a better chance of a happy future if brought up by her aristocratic father that led the Shelley family in 1818 to set out for Italy. The child was handed over to Byron that same year in Venice, where he had been living since 1816. As it turned out, the decision was to prove a fatal one for the poor child, who would die in a convent outside Ravenna (the city Byron moved to from Venice in 1819) at the age of five. Claire would never forgive Byron for this.

Shelley composing Prometheus Unbound in the Baths of Caracalla by Joseph Severn, Oil on canvas, 1845

The vicissitudes of their intense and sometimes stormy relationship make a fascinating story for many reasons, but the most important is the fact that it led to so much great poetry. For a full understanding of this relationship – and of the poetry that it led to – we have to see it within its Italian context, for the country profoundly influenced both writers in numerous ways. The climate, the landscape, the great art, the complicated and intriguing political situation, and – most important of all – the literature of their newly adopted country, all these factors had a huge impact on the new kind of poetry they began to write here. In some ways they could even be said to have become Italian poets.