Altinum: The Origins of Venice

A short drive from the Marco Polo airport, the little known archaeological site of Altinum provides the key for understanding the origins of Venice. Today you would be forgiven for driving past it as only a small portion of the ancient city has been excavated and it is normally closed to the public. What is visible gives us an idea of how wealthy the city was and how closely Altinum resembles Venice, the ‘Floating City’, which it would give rise to. 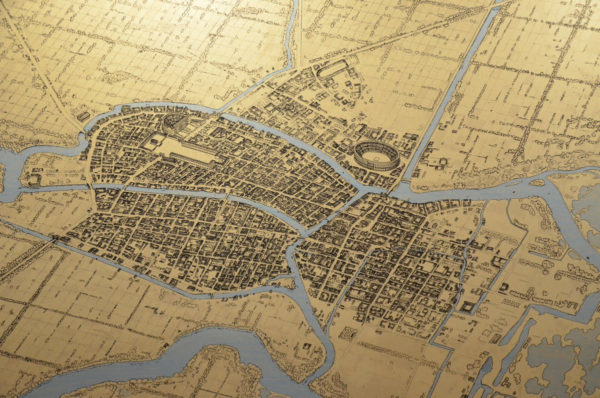 Altinum was founded by Veneti, an Italic people who spoke an Indo European language which survives in some inscriptions (notably those found in the Museum of the Eremitani in Padova). From a sanctuary pit found outside the city which included the remains of a number of horses, we know that these animals played an important role in the religious life of Altinum. This is mirrored in a passage from the geographer Strabo who mentions the importance of horses to the Veneti, both ritualistically and in breeding (the fame of the horse breeding of the Veneti in the Greek world is underlined by the fact that they provided horses to Dionysius the Elder, tyrant of Syracuse).

Located on the edge of the Venetian lagoon, Altinum thrived in the Roman period, becoming a substantial port whose importance was increased by the development of the nearby ports of Ravenna and Aquileia as centres of trade and the home of the Adriatic fleet. The prominence of the city is evident by the fact that it was on several Roman roads, including the Via Popilia, which connect Altinum to Ravenna, and the Via Annia, which linked the city to Aquileia and Adria. The wealth of the city is testified by the many rich remains found on site, as well as from Martial who compares Altinum to the upmarket city of Baiae. What makes the city interesting for understanding the origins of Venice is that the city was traversed by a network of canals, the outlines of some can still be seen, including one which marked the northern boundary of the city, where the remains of a sizeable gate survives to this day. This system of canals is mentioned by both the architect Vitruvius and Strabo who mentions that the city was built on piles and that the canals were negotiated by bridges and ferries. Recent archaeological work on Altinum’s canals suggests a considerable amount of work was needed to keep them flowing and connected to the lagoon. 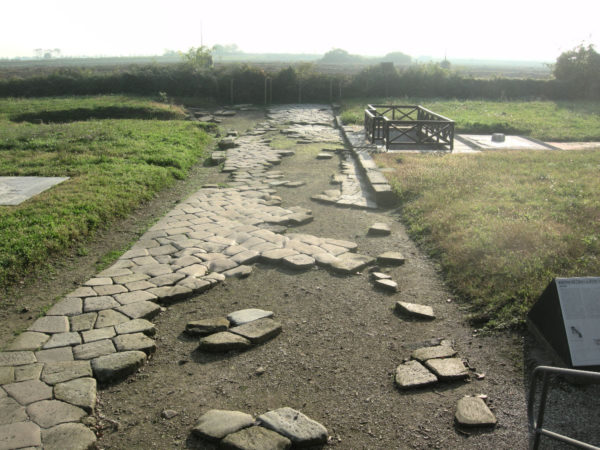 Remains of the Roman Decumanus

The city’s importance continued into the late antique period, as is testified by the presence of the emperors Theodosius II and Valentinian III in the city in the first part of the 5th century AD. Altinum is also noted as an important town in the Tabula Peutingeriana, a 13th century map of the Roman road system which may derive from a late antique map. The city’s fortune went into decline when it was sacked during Hunnic invasion of AD 452 and later because of the Lombard incursion of AD 568. While Altinum continued to be inhabited for some time, these episodes of violence spelled the eventual end of the city and the beginning of life in the Venetian lagoon – a transition marked in AD 638 by the translation of the relics of Heliodorus, the Bishop of Altinum, to the Basilica of Santa Maria Assunta in Torcello, an act which signalled the ascendancy of the island in the Northern Venetian Lagoon. This historical narrative of Venice originating from refugees of the late antique invasions has been central to Venetian identity from the time of John the Deacon writing towards the end of the 10th century.

What the scant remains in Altinum show today is that Venice was born from an ancient city much like it, built on piles and traversed by a network of canals.