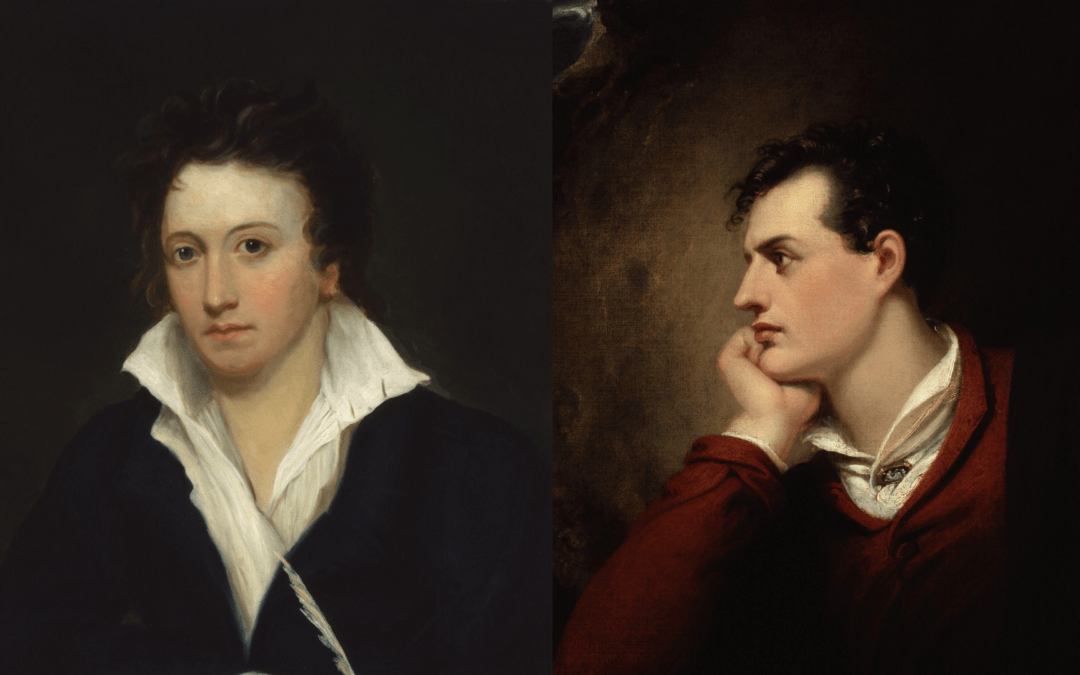 Byron and Shelley in Italy

It is a curious fact that the three greatest poets of the second phase of the Romantic movement in England were all in Italy at the same time. Lord Byron spent the years from 1816 to 1823 in Italy, before sailing from Genoa to add his support to the Greek War of Independence, dying in Missolonghi in April 1824. Percy Bysshe Shelley was in Italy from March 1818 until his death in a boating accident in the bay of La Spezia in July 1822. John Keats spent the last four and a half months of his short life in Naples and Rome, dying in an apartment at the foot of the Spanish Steps in March 1821 (the apartment is now the Keats-Shelley Museum).